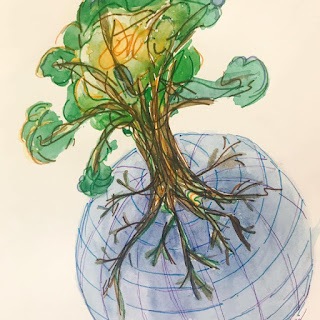 LoneTree Theatre Project
is launching a new venture this August!

LTTP is passionate about sharing art globally! In our ever evolving world of technological advances sharing live performances has never been easier! As LTTP moves forward we intend to support and share the work of small companies from around the world! For our inaugural curated series we will share new and original work LIVE from the Edinburgh Fringe Festival!

Posted by Unknown at 12:35 PM No comments: Links to this post

The Skull: A Socio-Religious Myth for a Modern Audience 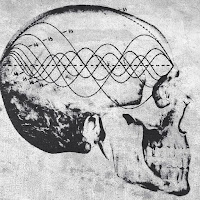 You're probably familiar with Philip K. Dick's work and you didn't even know it. His stories have been made into numerous films and television shows: Bladerunner, Total Recall, most recently Man in the High Castle and among my favorites Minority Report and A Scanner Darkly.  In working on The Skull, I have dove head first into Dick's work. In both his adaptations for the screen and his short stories, his interests start to become clear. Most of his work has a similar premise: An advanced scientific technological dystopian or utopian future that follows one philosophical idea with a focus on a central male hero who discovers the corruption in the world and must navigate through the moral ambiguity.
His stories, like a myth, pulse with a clear concern about the direction of the society we live in. (And if you look at politics in America, rightly so!) It functions as myth does, to put us in line with nature or as Joseph Campbell says, myth is a "...metaphor transparent to transcendence. The concern Dick repeatedly longs to transcend is corruption of totality. For Dick, within any totalitarian society, even one that appears good from the outside, there is bound to be corruption. His heroes are forced to challenge these societal norms and make a moral decision in the face of corruption and often in the balance hangs the fate of humankind.  His stories ask complicated existential and philosophical questions about destiny, morality, and the roles of human beings in society. Such big questions plunked into the excitement of the science fiction genre with plenty of flying cars, time machines, technologically advanced weapons, memory implants, psychics, self evolving robots, and the colonization of Mars!
Dick sold his first science fiction story in 1951 and the sole source for this production was published in a little pulp magazine called If World of Science Fiction in September 1951. From the midst of the McArthy era Dick imagines a utopian society ruled by The First Church, a religion who preaches peace and poverty, but there is an underground council who believe in scientific progress and are willing to risk lives and start wars to get it. Conger, a hunter and criminal from Mars is sent back in time to kill the Founder of this religion to direct the world to progress with only one clue to complete his mission: The Skull!
A small story in the grand scheme of his work, but one that still resonates with a modern audience today.
Posted by Unknown at 6:30 AM No comments: Links to this post

Meet the Cast of THE SKULL 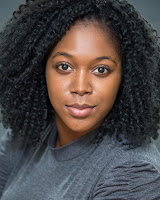 Gabriella was born and raised on the Caribbean island of the Commonwealth Dominica. She migrated to the UK in 2009 to pursue studies in A Level Drama at Leyton Sixth Form College. She then went on to do her Bachelors in acting at East 15 Acting School where she graduated in summer 2015. Her credits include Phoebe in Party by Tom Basden (Tristan Bates Theatre)  Carol, in 13 by Mike Bartlett and Scribblers for BBC 3 Radio. The Skull is her professional theatre debut 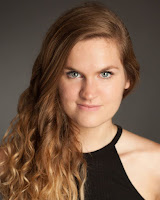 Megan Blowey graduated East 15 School from the MA Acting Programme in September 2015. Since graduating she has had the pleasure to be part of a Halloween tour around North London, working on Survival of the Fittest with Lippy Theatre Company and playing various roles within Bad Physics Theatre and Events. She has enjoyed the mind-boggling rehearsal process for The Skull immensely and she hopes you enjoy the show! 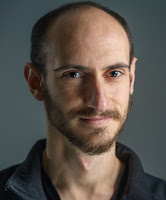 Born in Isreal and based in London, Itai Leigh is a graduate of East 15’s MA Acting (International) programme. During his time at East 15 he trained at Shakespeare’s Globe and GITIS (The Russian University for Theatric Arts) in Mosow. Some of his professional credits include: The Speaker in The Chairs, Michael in The Pillowman, Lord Grey and Ratcliffe in Richard III: In Motion, Wickersham Brother in Suessical the Musical and Father Flynn in Doubt: A Parable

Neo Mothola is from South Africa but was also raised in England. He studied on the BA Acting and Contemporary theatre course at East 15 acting school. Recently Neo has been performing his own play, S1N1 at the Kings Head Theatre and the Drayton Arms Theatre. 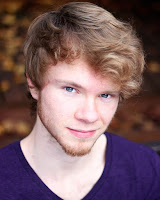 Rory Keys was born in England, but grew up aboad in Kuala Lumpur, Malaysia. In 2012 he returned to the UK to study Acting and Contemporary Theatre at East 15 Acting School. In the fall he appeared in the Lone Tree Theatre Project’s 4.48 Psychosis at the Etcetera Theatre. After graduating this last summer, Rory performed at his first Edinburgh Fringe Festival where he appeared in Some Big Some Bang at the Underbelly and Leftovers at Zoo Venues. Rory has appeared alongside Zoe Coombs Marr in her stand up comedy, DAVE, at the Underbelly and the Soho Theatre.
Posted by Unknown at 8:02 AM No comments: Links to this post

The Lone Tree Theatre Project will be presenting a new adaptation of
Philip K. Dick's
THE SKULL
as part of the Three Branch Festival
March 15, 22, 23, 24, April 1 and 2nd
8pm
at Drayton Arms
https://www.ticketsource.co.uk/threebranchfestival 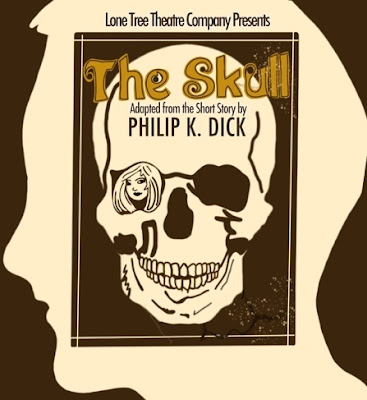 The Skull originally appeared in If  Worlds of Science Fiction in September of 1952. Writing from the midst of the McArthy era, Philip K. Dick imagines a future world where a religious movement has radically changed the trajectory of the world. One man, a criminal and a subversive, is pulled from captivity to be sent back in time to kill the Founder of this religion and set the world back on the path to progress.  Will the Skull guide him to his target? Can he succeed in saving the world? Come watch this imaginative adaptaion of this socio-religious time traveling pulp noir romp!

Posted by Unknown at 3:56 AM No comments: Links to this post 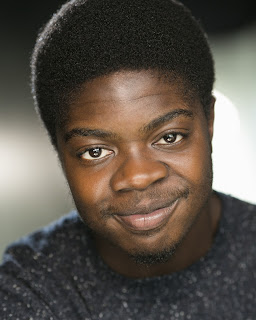 Harold Addo is a 3rd Year BA Acting student at East 15 Acting School. Previously he has been seen in Liliom: A Legend in Seven Scenes (The Bread and Roses Pub Theatre); Orlando/Charles the Wrestler in As You Like It (Ellen Terry Barn Theatre); Lucius Jenkins in Jesus Hopped the A Train (Site Specific); Soloyony in Three Sisters (Littlewood Studio); Leader of the Chorus in The Baden-Baden: A Lesson on Conent; Marvin Windrord in Rimers of Eldricth; Henry Felding in The Art of Success and Ex Resident in Home. He is thrilled to be working with the Lone Tree Theatre Project!
Posted by Unknown at 12:46 AM No comments: Links to this post 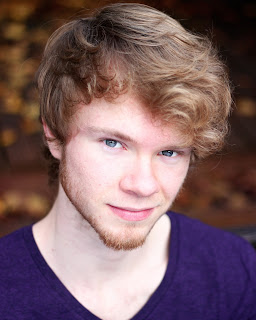 Rory Keys was born in England, but grew up abroad in Kuala Lumpur, Malaysia. In 2012 he returned to the UK to study Acting and Contemporary Theatre at East 15 Acting School. Having graduated this last summer, Rory has just returned from his first Edinburgh Fringe Festival where he appeared in Some Big Some Bang at the Underbelly, and Leftovers at ZOO venues. Rory has appeared alongside Zoe Coombs Marr in her stand-up comedy, DAVE, at the Underbelly and the Soho Theatre. 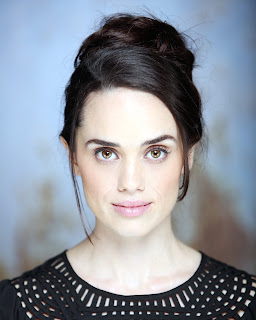 Originally from Boston, Gabriella has been living in London the past three years. She is very excited to be working with the Lone Tree Theatre Project. Gabriella is also a director and has just finished directing the 2015 Stella Wilkie award winning play SN1 Wilts with her company Black Throne Productions.
Posted by Unknown at 3:07 PM No comments: Links to this post 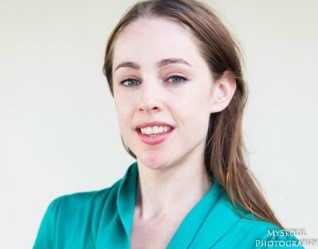 Lindsey Higgins hails from the United States and received her Bachelor of Arts in Theatre from the University of Southern Maine. After her undergraduate studies she moved to South Korea where she served as co-founding Artistic Director of Seoul Shakespeare Company for four years. Memorable directing credits with Seoul Shakespeare Company include The Tempest and Macbeth. Other directing credits in South Korea include Harold Pinter's Betrayal and Martin McDonagh's The Pillowman. She is currently studying  for her Master of Fine Arts in Theatre Directing at East 15 Acting School. Sarah Kane's 4.48 Psychosis will be her London debut.
Posted by Unknown at 3:01 PM No comments: Links to this post